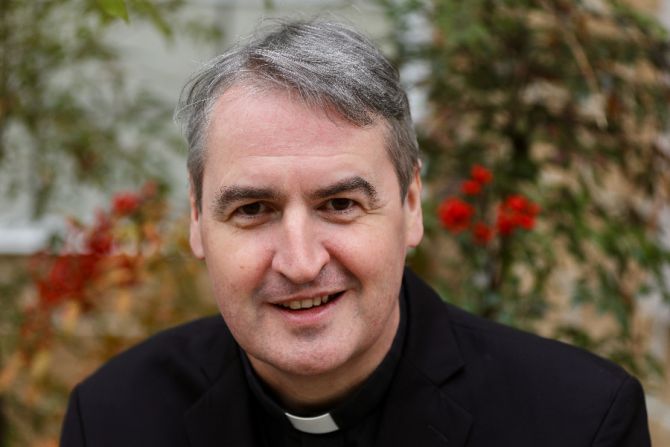 The Church must do more for anyone affected by sexual abuse, “even when the Church can appear tarnished because of these scandals,” and no matter what the local conditions are, according to Father Andrew Small.

The English priest is the interim secretary of the Pontifical Commission for the Safeguarding of Minors, which provides recommendations and support to dioceses around the world.

In a speech delivered last week to AMECEA, the Association of Members of the Episcopal Conferences in Eastern Africa, he spoke about what this means for local communities and churches in Africa.

Dealing with potential cases and safeguarding against sexual violence in the future is a moral obligation and global challenge for the Catholic Church. It spans cultures and continents, jurisdictions and authorities, and in meeting this challenge, the Church should always strive to set standards and lead by example, according to Small.

The AMECEA plenary session was an occasion to discuss concrete steps for dioceses in that region, irrespective of whether they have dealt with public scandals of sexual abuse.

Speaking with CNA, Small stressed that “in general, the Church needs to do more to put preventive measures in place.”

“As an advocate for the poor and the marginalized in many other areas of society, the Church should not only push for just legal systems, but it should lead by example,” the priest added.

Suggestions to the local Churches in Africa are one expression of the global recommendations provided by the Pontifical Commission for Safeguarding Minors, he explained.

These are also made in the context of what Pope Francis proposed in his motu proprio “Vos Estis Lux Mundi”: Local Church authorities were to establish and provide “stable and easily accessible systems for submission of reports, even through the institution of a specific ecclesiastical office.”

The meaning of ‘Zero Tolerance’

Small said that “Pope Francis has called for zero tolerance, meaning no accusation goes uninvestigated and no abusive priest remains in ministry.”

To that end, he added, leading by example was a good start, in particular where there may be concerns about the situation of local authorities.

“If the civil structures are inadequate, then let the Church structures make sure that justice is done. But more than justice, the Church can be a powerful instrument of prevention so that abuse is not allowed to thrive in the first place. And it can be there boldly and honestly, seeking forgiveness and healing for those harmed by its clergy,” Small said.

In Africa “there are elements of these reporting systems already in place. There are judicial vicars in most places and other Church officials who deal with accusations,” the Vatican official said.

“Anecdotally, there seem to be very few accusations of abuse, and it is hard to believe that this means there is no sexual abuse going on in the Church,” he added.

He compared the situation to Italy, where “nearly every diocese has a ’Listening Center’ to receive and process accusations, but they seem to collect very few reports of abuse. It’s unwise and irresponsible to think this is because abuse doesn’t exist.”

Small stressed that, in these cases, “the Church does not just need outreach, it also needs to do ’in-reach.’ It needs to proactively promote the value of victim accompaniment and of education so that the silent scream of abuse can be heard and responded to appropriately.”

Speaking about good practices, the secretary of the Pontifical Commission for the Safeguarding of Minors said that “we need to have good policies around how we minister in and around children and vulnerable people. And then we need training on those policies to see that they are implemented.”

This means “building in a reporting system that provides transparency to the local community. Personal privacy can be respected while also being open about the problems we face in tackling this evil,” he added.

Small underscored that “a major issue everywhere is the sense of shame and persecution that befalls victims, which is the worst aspect. Those already victimized continue to be harmed by intimidation by the perpetrator, especially if he is a priest or superior in an important position.”

In addition to that, he said, there may be “local pressure to keep quiet for fear of damaging the Church. Reporting and holding bishops and religious superiors accountable for the actions they take — or omit to take — seems to be the most effective way of ensuring abuse is uncovered while justice and healing can take place.”

Small noted that “in the United States, the Church spent $25 million on prevention measures last year alone. Imagine what could be done across Africa with those funds in terms of training. And Africa is the fastest-growing part of the Church. We have a moral obligation as a Church to ensure those most vulnerable to abuse are not abandoned through lack of adequate resources.”

Rather than being discouraged by negative comments or inaccurate, biased coverage in some media, Small emphasized the need to focus and keep doing the right thing: “When we do something new to solve a problem, to combat a sickness to an organism or to intervene to prevent something bad from happening, there are always going to be improvised measures and yes, even mistakes.”

However, he noted, “the evil we are trying to stop or overcome is so heinous and its impact so grave on the life of the victims that their well-being should motivate us to be bold and to be courageous, even when our Church can appear tarnished because of these scandals.”

The priest concluded: “We cannot always fear the impact of scandal in being transparent about what has been going on. People know very well at this point that not doing enough to prevent these abuses has been the common practice in our Church in the past, and that is an even greater scandal. Yes, let’s try and get things right so that due process and human rights are respected. But the balance of our institutional concern needs to shift toward the vulnerable and voiceless victims; they should be our priority.”