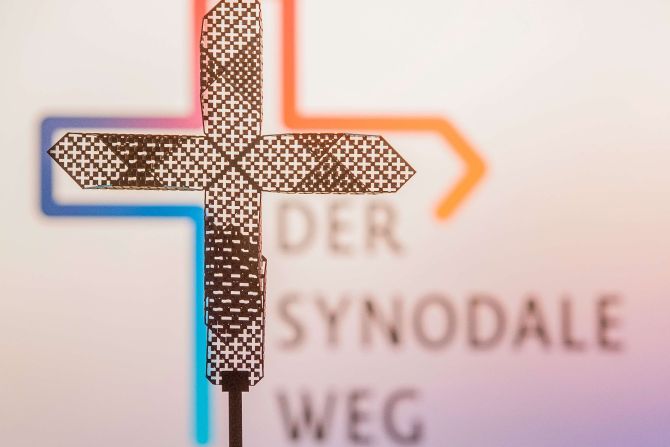 In a move aimed at achieving what critics have compared to communist councils in the Soviet Union, participants of the German Synodal Way on Saturday voted to create a Synodal Council that would permanently oversee the Church in Germany.

The bishops’ names are a matter of public record because the vote was not by secret ballot — a change of proceedings after bishops blocked a pro-LGBT document earlier.

Like others arising from the controversial German event, also known as the Synodal Path, the proposal has met fierce criticism.

In June, Cardinal Walter Kasper, a theologian considered close to Pope Francis, said there could be no Synodal Council, given Church history and theology.

“Synods cannot be institutionally made permanent. The tradition of the Church does not know a synodal Church government,” he said. “A synodal supreme council, as is now envisaged, has no basis in the entire history of the constitution. It would not be a renewal but an unheard-of innovation.”

The president emeritus of the Pontifical Council for Promoting Christian Unity, who was bishop of the Diocese of Rottenburg-Stuttgart from 1989 to 1999, said the German process had invited comparisons to communist structures in the Soviet Union: “It was a political scientist, not a theologian, who recently expressed this notion somewhat strongly, referring to such a Synodal Council as a Supreme Soviet.”

The cardinal continued: “‘Soviet’ is an old Russian word that means exactly what we call a ‘Rat,’ a council in German. Such a Supreme Soviet in the Church would obviously not be a good idea. Such a council system is not a Christian idea, but an idea coming from quite a different spirit or un-spirit.”

The German theologian and prelate also warned this “would choke off the freedom of the Spirit, which blows where and when it wants, and destroy the structure that Christ wanted for his Church.”

Further concerns were raised by a professor of theology from the University of Vienna in June.

The dogmatist Jan-Heiner Tück warned that a German Synodal Council would transfer leadership authority “from sacramentally ordained persons to bodies, a conversion of power that shows a clear closeness to synodal practices in the Protestant Church in Germany.”

How would a controlling Synodal Council operate?

According to the Frankfurt document, a Synodal Council would first require a “synodal committee” to be formed, which then would deliberate the details of the new council.

The committee would be chaired by the president of the bishops’ conference and “the president(s) of the ZdK.”

The permanent Synodal Council would function “as a consultative and decision-making body on essential developments in the Church and society,” the German proposal states.

More importantly, it would “make fundamental decisions of supra-diocesan significance on pastoral planning, questions of the future and budgetary matters of the Church that are not decided at the diocesan level.”

In order to make the council work, “it shall be supported by a permanent secretariat, adequately staffed and financed.”

Rejection of request for secret ballot

Before the vote within the synodal assembly, five participants on Saturday requested a secret ballot under the statutes.

The bylaws state: “In principle, votes shall be taken in public. Exceptions to this are personnel decisions and votes that may be taken by secret ballot at the request of at least five members of the synodal assembly.”

In other words, a vote is taken by secret ballot as soon as five members make a corresponding request.

However, the moderators of the assembly, with backing from the presidium under Bishop Georg Bätzing and ZdK president Irme Stetter-Karp, had all members of the Synodal Way vote on this motion, resulting in its rejection.

A motion to examine the legal interpretation, which several participants characterized as questionable, was also rejected by the majority of the synodal assembly.

In response to this handling of the motion by organizers, at least two participants declared their intention to depart from the assembly.

The eminent theologian and Ratzinger Prize winner Marianne Schlosser, who teaches theology of spirituality in Vienna, told EWTN at the event that she found it “emotionally speaking sad and objectively speaking outrageous” how the motion had been handled.

She justified the decision to sign and submit the request for a secret ballot in writing by saying the point was “to allow people who are not so aligned with the mainstream or the majority to vote freely on a text or on a bill.”

Schlosser herself had taken a public stance against the document. However, organizers had earlier dismissed concerns of pressure on bishops rejecting a pro-LGBT document, with president Stetter-Karp labeling bishops even attacking such concerns as “whiny.”

Following the fallout on Saturday, Hanna-Barbara Gerl-Falkovitz, a noted philosopher, also announced she would leave early because of how the Synodal Way was being handled.

Dorothea Schmidt, one of the few participants who regularly expresses clear criticism of texts under discussion, supported the two women’s decision in an interview with EWTN. She accused the leadership of the Synodal Way of not tolerating minority opinions and “simply pursuing their own line” in the pursuit of goals that had been “fixed from the outset.” Why this saint is the patron of souls in purgatory

For St. Nicholas of Tolentino, the Catholic imperative to pray for the dead was made very real to him.