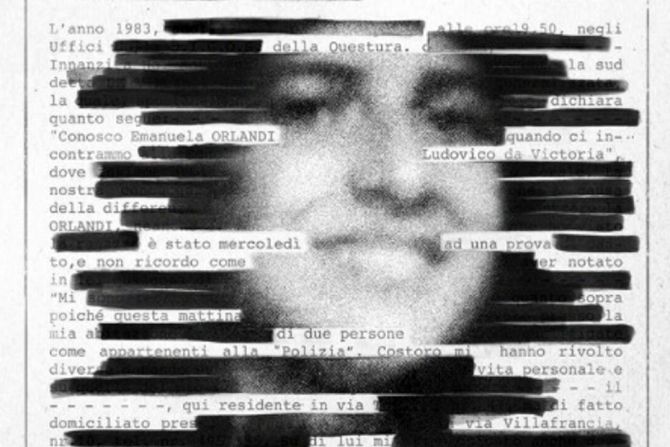 From the Netflix documentary series, "Vatican Girl: The Disappearance of Emanuela Orlandi" | Netflix

The true-crime documentary series “Vatican Girl: The Disappearance of Emanuela Orlandi,” which premieres on Netflix today, suggests, among other theories, that “someone close to the pope” may have been involved in the possible murder of a missing teenage girl.

The four-part series, based on an unsolved missing-person case involving the 15-year-old daughter of a Vatican official, does not claim to solve the mystery that has intrigued Italians for 40 years. It does, however, put forth several theories behind the disappearance of the girl, whose remains have never been found.

Emanuela Orlandi was the daughter of Ercole Orlandi, an envoy of the Prefecture of the Pontifical House and a citizen of Vatican City State. Her disappearance on June 22, 1983, after leaving for a music lesson in Rome dominated headlines and has been the subject of speculation for years. After multiple investigations, the case was closed in 2016.

In 2019, members of the girl’s family received a tip that the girl’s remains could be in a Vatican cemetery. At the request of the family, the Vatican opened two tombs, believed to contain the remains of Princess Sophie of Hohenlohe-Waldenburg-Bartenstein and Duchess Charlotte Frederica of Mecklenburg-Schwerin.

The tombs were found to be empty of human remains, but two ossuaries found with bones and bone fragments within were later found nearby. A scientific investigation revealed that bones discovered within the tombs were too old to have been Orlandi’s remains, according to Vatican statements at the time. The Holy See press office declared the investigation closed in April 2020.

According to Barbie Latza Nadeau, who reviewed the show for The Daily Beast, the series presents a number of conspiracy theories to explain Orlandi’s disappearance, which it then shoots down. The series saves for the final episode the theory that the Vatican was involved in some way.

“In the unraveling of the conspiracies that don’t pan out, [writer and director Mark] Lewis manages to tell several intricate stories that circle back around to sex, lies, and God’s men on Earth to build a case that whoever kidnapped the teen did so to blackmail the Vatican,” Nadeau writes.

The theory is reportedly based on a new interview with a childhood friend of the missing girl.

In the interview in which the now middle-aged woman’s face is obscured, the woman says that before Orlandi disappeared she confided that she had been sexually molested by “someone close to the pope.”

The friend explains that she had never told anyone this information before because she was afraid of the consequences.

In an interview with Variety magazine, Mark Lewis, the writer and director of the series, said that conspiracy theories involving organized crime and geopolitics surrounding the case are what made him want to make a series about it.

“It’s a story that Dan Brown could have written. It starts with a small local story of a young girl going missing on a hot summer afternoon in the middle of Rome in 1983, and then the story spirals into one involving the KGB and Cold War politics.

“We discover factions working within the Vatican to push particular policies and to restore Catholicism to the Eastern Bloc. Then there is the Mafia and the Roman underworld side of the story. So, it instinctively felt like a political thriller, and that really appealed to me,” Lewis said.

In the interview, Lewis makes clear that he does not claim to have solved the mystery of the Orlandi’s disappearance.

“The way I see it is we have got a table, and over the years, we’ve been laying down big pieces of a jigsaw puzzle on that table. Slowly but surely, that puzzle is getting filled in. But there’s a few key pieces of the puzzle still missing. I hope, for the family’s sake, those last few pieces are found,” Lewis said. Two Catholic movies back in theaters for encores after stellar showings

American moviegoers will be able to see “Saint Michael: Meet the Angel” in theaters Oct. 12 and Oct. 13 and “Mother Teresa: No Greater Love” on Nov. 2. In U.S. theaters Nov. 15 and 17, “Prophet” relates the important events in the life of Blessed Stefan Wyszyński, who helped lead the Polish people out of one of the darkest periods of their history. The Pontifical Academy for Life issued a statement Wednesday defending the recent appointment of an outspoken advocate for abortion rights.