Pope Francis has expressed his condolences for the victims of a deadly bombing on a busy pedestrian street in Istanbul over the weekend.

The Vatican published a message on Nov. 15 that expressed the pope’s spiritual closeness to the injured and those who mourn the loss of their loved ones who died in the explosion in Turkey’s capital.

“His Holiness prays that no act of violence will discourage the efforts of the people of Türkiye to build a society based on the values of fraternity, justice and peace,” it said.

The explosion on Istanbul’s Istiklal Avenue, a popular shopping street, on Nov. 13 killed six people and led around 80 others to be hospitalized, according to the Associated Press. Among the victims were two girls, ages 9 and 15. Funerals were held for the victims on Monday.

Turkish police have said that Ahlam Albashir, a Syrian woman with links to Kurdish militants, confessed to planting the bomb while in police custody. A total of 50 suspects have been apprehended in connection with the bombing.

The papal message was addressed to Archbishop Marek Solczyński, the apostolic nuncio in Turkey, and signed by Cardinal Pietro Parolin, the Vatican’s Secretary of State. Hate crimes against Christians on the rise in Europe, report says

The Observatory for the Intolerance and Discrimination Against Christians in Europe documented more than 500 anti-Christian hate crimes in 2021. 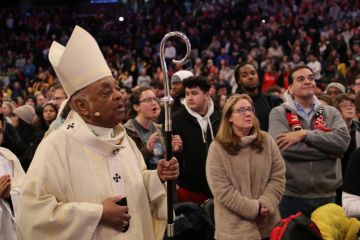 According to a statement from the archdiocese, the Youth Rally and Mass for Life had been held for over 25 years.