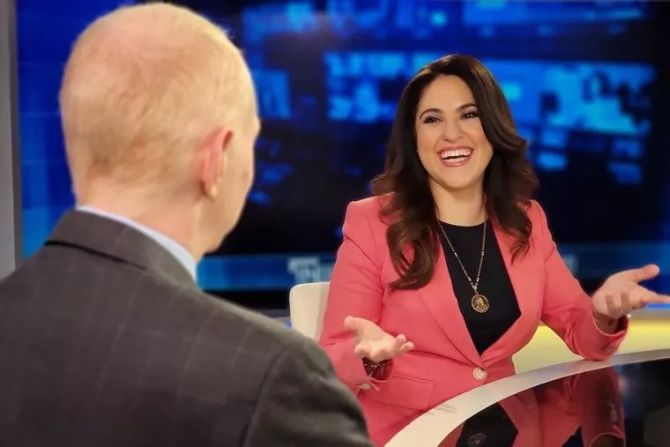 Alvarado comes to the role from her position as executive director and chief operating officer at the Becket Fund — a renowned nonprofit public interest group that defends religious freedom legally as a human right at the U.S. Supreme Court and elsewhere. She also serves as the founding host of the TV news program “EWTN News In Depth.”

“As a seasoned executive, Montse will bring new energy and perspective to our global news services,” said EWTN Chairman and CEO Michael P. Warsaw. “Her background in organizational management, understanding of the Church, and experience in the public square are key elements that make her ideal for this role. This combination of skills will allow EWTN News to become even stronger in delivering critical reporting and analysis.”

Warsaw, who has collaborated with Alvarado for more than a decade through her work at Becket, praised her leadership on “EWTN News In Depth” in “covering the underreported stories and clarifying the Church’s position on key teachings with a focus on the laity’s needs and concerns.” He called the program “a model of how to cover the issues facing the Church and the world today by reflecting the universality of the Church and diversifying the voices featured in the discussion.”

As president of EWTN News, Alvarado will have oversight of EWTN’s news media platforms, which include Catholic News Agency, the National Catholic Register, the ACI Group, ChurchPop, and EWTN’s lineup of television and radio news programming, such as “EWTN News Nightly,” “The World Over,” and “EWTN Pro-Life Weekly.” EWTN News, Inc. is the largest Catholic news organization in the world, creating content in English, Spanish, German, French, Portuguese, and Italian.

EWTN platforms also include radio services transmitted through SIRIUS/XM, Sky satellite radio, iHeart Radio, and over 600 domestic and international AM and FM radio affiliates; a worldwide shortwave radio service; several of the most visited Catholic web, digital, and social-media outlets in the world; and its book division, EWTN Publishing.

Alvarado will work from EWTN News’ Washington bureau and will assume her new position March 6.

“It’s an enormous undertaking and one that’s impossible without God’s providence,” she told the Register, “but I think it’s the perfect moment for this team to step into a new kind of vision that reflects what Mother Angelica always wanted EWTN to be.”

She described Mother Angelica’s vision as “entrepreneurial, committed to excellence, and reliant on Providence.”

Alvarado has served the Church for the last two decades through various apostolates dedicated to the new evangelization, from the defense of free speech to the role of women and the treatment of marginalized communities in society.

Since 2009, she has worked in various roles at The Becket Fund for Religious Liberty. During that time, Becket’s team secured 12 victories at the Supreme Court on behalf of Little Sisters of the Poor and Muslim death-row prisoners, as well as charitable groups, such as Philadelphia Catholic Social Services, among others. They also obtained a victory in EWTN’s case objecting on religious grounds to the Obama administration’s mandate that contraception be included in employee health care plans.

Mark Rienzi, president of The Becket Fund for Religious Liberty, praised Alvarado as “an essential part of Becket’s growth and success for more than a decade.” Said Rienzi, “EWTN is welcoming a proven executive known for team-building impact and dedication to mission.”

Having known Alvarado in their mutual defense of religious liberty as well as her media work, Cardinal Timothy Dolan of New York praised her as “a first-rate journalist, a top-notch administrator, and, just as importantly, a faithful daughter of the Church.”

Mary Ann Glendon, a Harvard law professor emerita and former U.S. ambassador to the Holy See, praised Alvarado’s achievements at the Becket Fund, saying she “played an enormous role in making the Becket Fund the powerhouse it is today.” Glendon believes that “her extraordinary talents will bring EWTN News to new heights as well.”

Born in Mexico City, Alvarado is a proud Latina Catholic who was recently recognized for her leadership by the Chicago-based Latino youth-outreach ministry Iskali.

She also has been a strategic partner to apostolates facing the challenges of secularization and the shifting demographics of the global Church, serving on the advisory council to the Council of Major Superiors of Women Religious (CMSWR), the GIVEN Institute, and the Catholic Information Center, among others. She holds a master’s degree from George Washington University and a Bachelor of Arts from Florida International University in political management and political science, respectively.

Alvarado recalled watching and learning from EWTN as a child in Mexico and believes that’s part of what makes the network so special. “It’s so reflective of the universal Church, in that it’s not just based here,” she said. “My experience as a Catholic in Mexico is not that different from my experience as an American Catholic now because EWTN created that bridge.”

Upon hearing of her new role, Archbishop Nelson Perez of Philadelphia said he was “absolutely thrilled.” He described Alvarado as “a vibrant, intelligent, inquisitive Catholic young-adult leader.” He referenced working with her on the U.S. Conference of Catholic Bishops’ Committee for Religious Liberty and said she will “bring new perspectives, new excitement, and new vision” to the role “because that’s who she is.”

“Montse is a natural leader, one of the best-informed, intelligent, and articulate people I’ve ever had the pleasure to work with,” said Francis X. Maier, senior fellow of Catholic studies at the Ethics and Public Policy Center and a former editor in chief of the National Catholic Register. “She brings a wealth of experience to EWTN on a wide range of cultural, public policy, and legal issues, and she does it with consummate grace.”