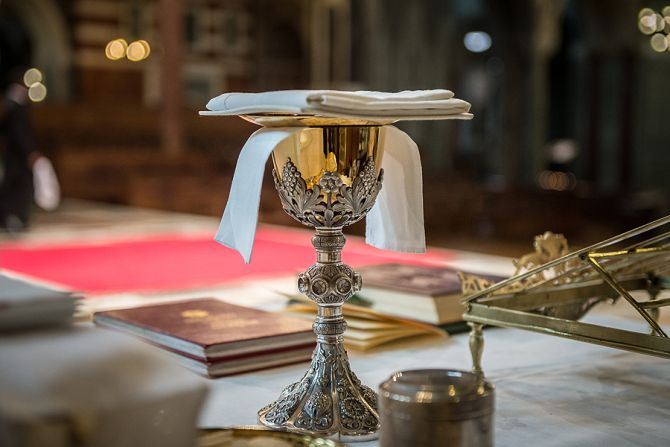 Despite a lack of news and the prospect of difficult negotiations ahead, the Salesians remain hopeful that their priest kidnapped in Yemen last week will be freed.

Fr. Tom Uzhunnalil was kidnapped March 4 during an attack on a convent and nursing home run by the Missionaries of Charity in Yemen.

The attack resulted in the deaths of four Missionaries of Charity, two staff members, eight nursing home residents and a guard, according to reports.

Fr. Tom – a Salesian from Kerala, India – was praying in the chapel of the convent at the time of the attack, and was then kidnapped by the attackers.

New Delhi's ministry of foreign affairs confirmed that Fr. Tom was taken to an unknown location, along with one of the Indian sisters in the community. Reports later indicated that the sister had been located and was safe.

Fr. Francesco Cereda, Vicar of the Rector Major for the Salesians, told CNA March 7 that "it is difficult to see why they took Fr. Tom as prisoner" rather than killing him along with the others.

He suggested that nationality could play a role in the kidnapping, as both Fr. Tom and the sister originally reported as kidnapped were both Indian.

Fr. Cereda stressed that "we trust there is every chance for the release" of Fr. Tom. He said that "the Central Government of India through its Ministry of External Affairs (MEA) is involved in trying to ascertain the whereabouts" of the priest.

In addition, "the Chief Minister of the federal state of Kerala, the home state of Fr. Tom, has also taken personal interest in the matter and is in touch with the MEA in New Delhi." Even "the Vatican, as well as the Catholic Bishops Conference of India are also involved" in tracing the priest's location.

"Prayers are being offered throughout the Salesian world for his speedy release. We believe that these efforts will not be in vain," Fr. Cereda said.

The Salesians have had a mission in Yemen since 1997. Initially, it was part of the Apostolic Vicariate of Aden, established by Pope Leo XIII in 1885.

Salesians are the only Catholic priests working in the country. They provide their services in four cities: the capital of Sana'a, Aden, Holeida and Taiz.

"Salesians were present there catering to the spiritual and sacramental requirements of the large number of Catholic migrants from India, the Philippines and everywhere else." Fr. Cereda explained.

He added that "the presence of Salesians was also a great support to the Missionaries of Charity."

Following the Arab Spring uprisings in 2011, the already tenuous situation in Yemen became even worse. And the tension grew further when civil war broke out in 2015, with two factions both claiming to constitute the Yemeni government. The presence of terrorist groups including Al Qaeda in the Arabian Peninsula (AQAP) and ISIS only added to the chaos.

But despite the ever more fragile conditions in the country, the Salesians chose to remain in Yemen.

"The Salesians were fully aware that the situation was worsening day by day," Fr. Cedera said. "The Government of India had asked its nationals to leave the country after it had shut its embassy in Yemen and had brought back thousands of Indian nationals in 2014."

Fr. Cereda said that Archbishop Paul Hinder, the Apostolic Vicar to Saudi Arabia, spoke in January 2015 with the Salesian province of Bangalore, India, to which the Mission of Yemen is entrusted.

"It was felt that pulling out of the mission all together would deprive it of the sole organized Catholic presence in the country," Fr. Cereda recounted.

However, "since it was felt that no one could compel anyone to remain in the given situation, the choice was left to the individual confreres in question."

"Out of five members, three returned to India and two stayed, with the hope of being of assistance especially to the Missionaries of Charity who had decided to stay on, as well as the few Catholics still working with them in their centers."

Fr. Tom was one of those who chose to stay, recognizing that his work was particularly risky, as he had to move from one community to another.

Beyond all the 'diplomatic' efforts underway to free Fr. Tom, prayers are being offered throughout the Salesian world for his speedy release.

"We believe that these efforts will not be in vain," Fr. Cedera emphasized. "However, in the highly fragmented society of Yemen, negotiations will definitely prove to be difficult, and we cannot predict how soon we will be able to achieve Fr. Tom's liberation."