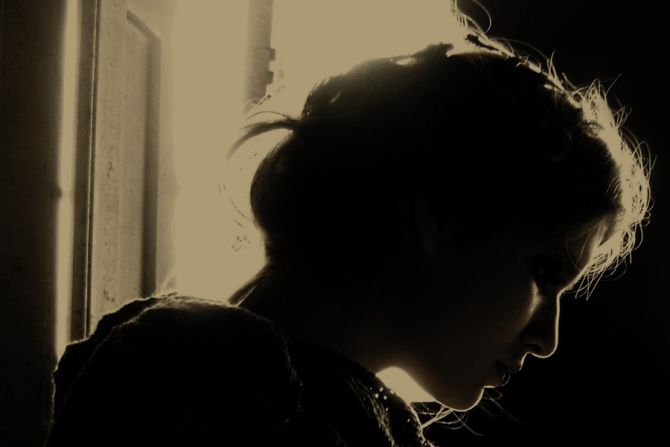 Helping the victims of human trafficking is not enough – we must go to the root to solve the problem, said one survivor at an event with Pope Francis on Thursday.

"When we are spending money only for the victims, more are coming (through trafficking), hearing the news that if you come, you have a place to stay, you have food to eat, you have clothes to wear, and you can go to school," Princess Inyang told CNA Oct. 27.

Inyang herself became a victim of human trafficking in 1999, when she was promised that she would receive a good job in Europe as a cook, the job she had in her home country of Nigeria.

But instead, she was trafficked. Her captors brought her through London and France and eventually to Italy, where she was forced into prostitution and to pay back her "debt" of 45,000,000 euros. She was eventually able, with help, to escape her traffickers, and has since founded the organization PIAM Onlus to help victims of prostitution.

"I am a living testimony of the dangers and atrocities to which many Nigerian women are subjected," she wrote in a testimony. "My heart bleeds for joy whenever I can help one."

Inyang said there are several important root causes of trafficking in Nigeria which must be addressed. First, it is essential to break up the networks of traffickers leading from Nigeria through Niger and into Libya, and from there to Europe.

In addition, the lack of jobs must be taken into consideration. One of the reasons many youth, especially from rural areas, are tricked into joining traffickers is due to a lack of jobs, she said.

Young people often drop out of high school and are then unable to pursue additional education, she said, recalling that when she talks to victims, many say, "I dropped out from secondary school because my parents did not have money."

One solution, according to Inyang, would be for the local government to establish farms and factories to employ young people.

"Because most of the people in Nigeria, after they finish school – they don't even have a job. So they are confused. Why should I continue going to school, when after I don't have any job? So our government should at least create some job opportunities for the youth."

Another major issue Inyang identified is the lack of leadership and provision by fathers.

Often, when a man has two or three wives, he has many children and ends up neglecting his family, she said. Because of this, it is frequently only the women who are working to support the family and there is not enough money.

"And then it is that most of the men don't work for the family, but they want the youth to work for them."

"The Bible says that we should train up our child in the way of the Lord, so that when he will grow, he will not depart from it," she said.

This must be taught "in the churches, in the schools, that your children are not the ones who suffer for you, that you are the parent."

Inyang, along with two other victims of trafficking, Al Bangura and Crystal, shared their testimonies with Pope Francis during an audience between the Pope and members of the Santa Marta Group Oct. 27.

The Santa Marta Group is an alliance of international police chiefs and bishops from across the world who work together with civil society to eradicate human trafficking and provide pastoral care to victims.

The group was launched by Pope Francis in April 2014 with the goal of developing strategies in prevention, pastoral care and re-integration through the international network.

Cardinal Vincent Nichols, Archbishop of Westminster, and president of the group was also present at the meeting, which took place as part of an Oct. 26-27 conference sponsored by the group.

In the audience, Pope Francis said that what is needed in the fight against trafficking is a "concerted effort, effective and consistent, both to eliminate the causes of this complex phenomenon, and to meet, assist and accompany people who fall into the snares of trafficking."

These victims, he said, "are the most vulnerable, who are stolen dignity, physical and mental integrity, even their lives."

"The Lord will reward what is done to these little ones in today's society," the Pope continued. "Jesus said: 'I was hungry ... I was thirsty ... and you helped me'; today he could also say: 'I was abused, exploited, enslaved ... and you've helped me'."

In his homily at Mass the morning of Oct. 27, the Pope said that God the Father became man in order to "weep" for the victims of trafficking and for those who "sell people's lives."