Cardinal Gerhard Müller, then-prefect of the Congregation for the Doctrine of the Faith, speaks at the Vatican June 14, 2016. | Daniel Ibanez/CNA

Cardinal Gerhard Müller reflected recently on the rise of gender ideology, saying it flourished in the vacuum left by the collapse of fascism and Soviet communism as a "new religion".

"Marxism and fascism, anti-Christian ideology, fell. Capitalism is in crisis. There was room for true philosophy, for theology, for Christian religion. But people preferred to invent a new religion, which believes in the human being rather than God," the prefect emeritus of the Congregation for the Doctrine of the Faith told CNA May 25.

The cardinal spoke before the presentation of the Italian edition of Why I Don't Call Myself Gay, by Daniel Mattson.

"People cannot be classified according to their sexual orientation," Cardinal Müller said. "We do not have human beings who are more special than others. Man must be described according to his persona and the fact that he is created in the image and likeness to God and his vocation to eternal life."

This character fits "every human being."

Speaking about pastoral care for homosexuals, the cardinal noted that "the Church has always had respect toward every human person, beyond any categorization."

He also emphasized that "in gender ideology you can count dozens of genders, while human being is created as man and woman: this is our nature, and the creator's will is expressed in this nature."

Cardinal Müller underscored that people "must resist those who organize as an ideological group and want to change all the society, imposing their thought on every people."

That is "an imposition of a unique thought," as ideological groups "attack all those who do not think their way, they insult, they even destroy the human dignity of people who think differently from them."

He said these people "are a lobby, an organization with their own interests."

Cardinal Müller praised Mattson for not labeling himself as gay, but as "Son of God."

"We can talk about anything in the secret of confession and with pastoral care, but no man can identify himself with a category that does not exist in reality," Cardinal Müller said.

He also stressed that this construction comes from Marxist thought, because "the Marxist rationale claims that mind does not recognize reality, but it builds reality: when the communist party says that 2+2 is 5, everybody must believe it."

Gender ideology and pastoral care for homosexual people are among the most discussed topics in the Catholic Church.

The Congregation for the Doctrine of the Faith issued in 1986 a Letter to the Bishops of the Catholic Church on the Pastoral Care of Homosexual Persons, which said, "We encourage the Bishops to provide pastoral care in full accord with the teaching of the Church for homosexual persons of their dioceses."

"No authentic pastoral programme will include organizations in which homosexual persons associate with each other without clearly stating that homosexual activity is immoral. A truly pastoral approach will appreciate the need for homosexual persons to avoid the near occasions of sin," it added.

And Benedict XVI discussed gender ideology in his final Christmas Greetings to the Roman Curia, on Dec. 21, 2012.

In the speech, he said that "the profound falsehood of (gender) theory and of the anthropological revolution contained within it is obvious. People dispute the idea that they have a nature, given by their bodily identity, that serves as a defining element of the human being. They deny their nature and decide that it is not something previously given to them, but that they make it for themselves." 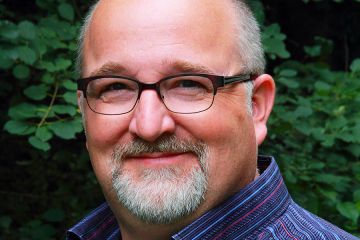 Daniel Mattson is accustomed to talking about same-sex attraction. He’s written a book on the subject, and he speaks to audience often about his experience as a Catholic striving to follow the Church’s teaching about chastity. In a recent interview with CNA, Mattson offered some lessons the Church can learn about engagement with the LGBT community. Why this Catholic takes issue with 'gay' and 'straight' labels

Chastity actually means fulfillment, not suffering – and labeling people in terms of their sexual inclinations or attractions first is ultimately a reduction of their human dignity.