According to the document, “the sponsors of the call express their desire to work together, in this context and at a national and international level, to promote ‘algor-ethics.’”

“Algor-ethics,” according to the text, is the ethical use of artificial intelligence according to the principles of transparency, inclusion, responsibility, impartiality, reliability, security, and privacy.

The signing of the “Rome Call for AI Ethics” took place as part of the 2020 assembly of the Pontifical Academy for Life, which was held Feb. 26-28 on the theme of artificial intelligence.

One part of the assembly was dedicated to private meetings of the academics of the Pontifical Academy for Life. The second was a workshop on AI and ethics that drew 356 participants from 41 countries.

On the morning of Feb. 28, a public event took place called “renAIssance. For a Humanistic Artificial Intelligence” and included the signing of the AI document by Microsoft President Brad Smith, and IBM Executive Vice-president John Kelly III.

The president of the European Parliament, David Sassoli, was also present Feb. 28.

Pope Francis canceled his scheduled appearance at the event due to feeling unwell. His prepared remarks were read by Archbishop Vincenzo Paglia, president of the Academy for Life.

In his remarks, the pope said the aim of the ethical development of algorithms is to ensure a review of “the processes by which we integrate relationships between human beings and today’s technology.”

The Church’s social teaching on the dignity of the person, justice, subsidiarity, and solidarity is a critical contribution in the pursuit of these goals, he said.

Training is not enough, Francis argued, adding that new technologies are not “neutral” as instruments or tools.

According to the pope, “the complexity of the technological world demands of us an increasingly clear ethical framework, so as to make this commitment truly effective.”

The “Rome Call” on ethical AI use classified itself as “a step forward” in finding common understanding, language, and solutions.

The text quotes the Universal Declaration of Human Rights in pointing to the equal dignity and rights of all humans, which AI must protect and guarantee, it says, while calling equally for the “benefit of humanity and the environment.”

It states there are three requirements for “technological advancement to align with true progress for the human race and respect for the planet” – it must be inclusive, have the good of humankind at its core, and care for the planet with a highly sustainable approach.

The paper made several concrete recommendations: That people should be aware if they are interacting with a machine, that AI-based technology should be used for empowerment not exploitation, and that AI should be employed in protection of the planet.

It also advised that “new forms of regulation must be encouraged to promote transparency and compliance with ethical principles,” especially in the case of facial recognition, and said AI development “must go hand in hand with robust digital security measures.”

The document also spoke about inclusive education and urged an “overhaul” to school curricula “in order to make the educational motto ‘no one left behind’ a reality.”

The social and ethical impact of artificial intelligence should also be at the core of AI education, the document added.

This week, the Bambino Gesu pediatric hospital in Rome, which belongs to the Holy See, announced a collaboration with IBM to develop, using AI, a database of clinical, laboratory, and anonymized imaging information to improve research in pediatric medicine, especially brain tumors and rare diseases.

One participant in the AI workshop Feb. 26 was Sandra Alexander, a Catholic and an ethics professor at the American University in Dubai. She gave a talk in which she proposed that ethics in the age of artificial intelligence needs to prioritize the goods of human dignity, the bonds of community, and the role of truth.

She called this proposal for AI ethics education an educatio vitae, which she said can easily be applied to multi-cultural contexts.

In her experience teaching mostly Muslim students over the last 11 years in the United Arab Emirates, she said there is a lot of common ground in belief in the principles of human dignity and community.

“In my teaching I come at these from a Catholic perspective, but this is, I believe, a common moral vocabulary among many faith traditions and we have to affirm that and repeat that,” she told CNA.

She advised Catholics to approach AI with caution, but also hope. “In defense of the human person we should be cautious about these technologies,” she said.

There are technologies which offer life-saving help to people in need; “we should be open to those,” Alexander added, but emphasized that it is good to be sceptical and wait for research to show whether new technologies do not have unintended negative consequences which outweigh the problems they were designed to ease.

The response she urged was education and looking for opportunities to uphold human dignity.

“If this technology can do that, great, but we should be very cautious and be research-based and be thoughtful and prayerful about these technologies certainly.” 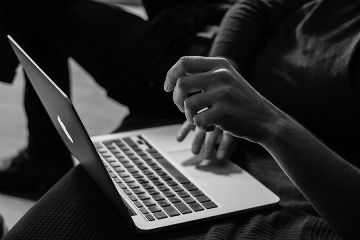 Smartphone apps and Skype have transformed the way at least one synod bishop conducts his pastoral ministry with young people. As the 30th anniversary of the Tiananmen Square protests approaches, the Chinese Communist Party is utilizing authoritarian tactics old and new to crack down on Christians.