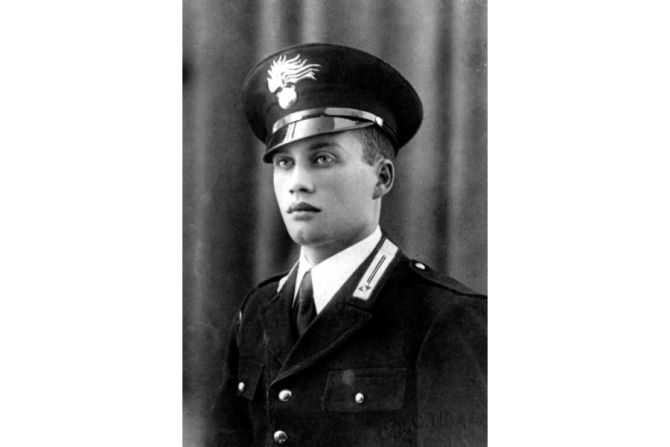 With police brutality in focus around the world, one priest says it is important to remember a policeman who might one day be declared a saint: Vice-Sergeant Salvo D'Acquisto, an Italian policeman who gave his life for those he had sworn to protect.

During the Second World War, Salvo D'Acquisto was a member of Italy's Carabinieri police force, and deputy commander of the rural police station of Torrimpietra, outside of Rome.

In September 1943, German soldiers were inspecting boxes of ammunition at a military base nearby. One box exploded, and two German soldiers died. German officials decided the explosion wasn't an accident. For that, they rounded up and arrested 22 people.

As the local police official, D'Acquisto did an investigation into the explosion, questioning the 22 people who had been arrested.  After his interviews, he tried to explain to the Germans that the explosion was an accident, and that no one in the area was responsible.

But the Nazis were determined to exact revenge. They had the prisoners dig a mass grave, and announced they would be executed.

The civilians were released. D'Acquisto was shot before a firing squad. He was 22 years old.

The Italian Military Ordinariate opened a cause for his canonization in 1983.

Monsignor Gabriele Teti was the postulator of the policeman's cause from 2014 to 2018. Himself a former member of the Carabinieri, Teti knows the story of Salvo D'Acquisto in depth.

Teti said that Salvo D'Acquisto considered his membership to Carabinieri a service for his countrymen.

The policeman "went so far as to demonstrate that his life was truly at the service of the people, even to self-sacrifice," the priest said.

Before his death, said the former postulator, D'Acquisto met a friend who had attended Carabinieri training with him. By then, a large group of Carabinieri had gone underground to fight the Germans in Rome, and this friend invited D'Acquisto to leave the uniform and join the resistance.

"And he replied that his duty was to protect order and safety, and that his task was not to leave."

In 2001, Pope St. John Paul II told Italian national police officers that "The history of the Italian Carabinieri shows that the heights of holiness can be reached in the faithful and generous fulfillment of the duties of one's state. I am thinking here of your colleague, Sergeant Salvo D'Acquisto, awarded a gold medal for military valor, whose cause of beatification is under way."

The sacrifice of D'Acquisto should be seen in the context of his whole life, the priest said.

"Certainly, he grew up in a very religious family."

"Since childhood, then, there are small episodes that make us understand the nature of Salvo D'Acquisto. As a child, returning from school, he donated his shoes to a child he always met when returning from school and who was barefoot. Another time, he rushed to save a child who was about to end up under a train."

The policeman's cause for beatification ran aground on "bureaucratic" issues, Teti said. A cause for his martyrdom was set up, but Salvo D'Acquisto's sacrifice falls more easily into a new category of saints, those who have made a "gift of life," the priest said. His cause continues to be considered at the Vatican.

In Italy, the priests said, "devotion to Salvo D'Acquisto is everywhere. So much so that some even say that there is no need to make him a saint, given that they already consider him a blessed servant of God."