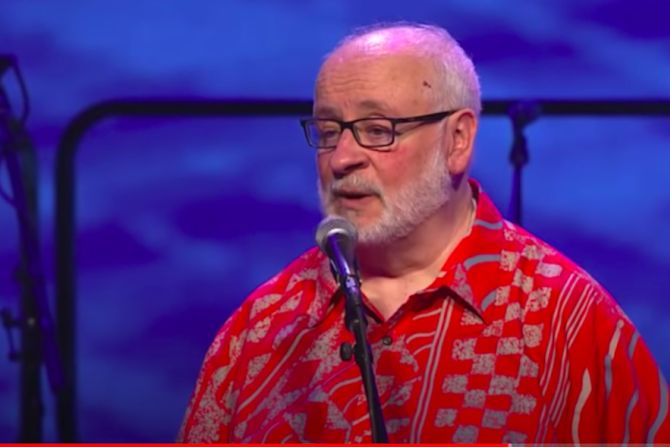 Haas "is also sad and disappointed that Into Account Inc. chose to use social media- a public forum- to deprive him of a fair and legitimate venue to face his accusers, but instead launched a marketing effort with the mission to destroy his reputation and livelihood," the composer added.

Accusations against Haas came to light last week, after a group called Into Account, which says it "provides advocacy and the most up-to-date resources to survivors seeking accountability," sent a letter to some Catholic organizations and media outlets, addressing allegations.

The group initially sent that letter to some Catholic groups May 29. It told CNA that beyond the initial survivors the group spoke with, it has heard from 14 additional women with allegations of sexual misconduct against Haas since the leter was sent.

Into Account alleged that Haas had engaged in "a repeated, unethical abuse of the professional and spiritual power he has had in church music circles," reportedly targeting "multiple women using techniques that abuse prevention experts identify as grooming," coercing women into sexual favors, and exploiting women who had previously experienced abuse.

The group said it has heard from nearly a dozen women, some of whom have accused Haas of "sudden, overwhelming sexual aggression," and "incidents that we would interpret as outright sexual battery, involving groping, forcible kissing, and aggressive, lewd propositions. The youngest victim reported to us was 19 years old at the time of the alleged sexual battery, while Haas was over 50."

While Haas denied those claims, they are not the first time he has been accused of sexual misconduct.

Music publisher GIA said in a June 13 Facebook post that it learned about allegations of sexual misconduct "early this year."

The Archdiocese of St. Paul and Minneapolis told CNA that it received allegations of misconduct against Haas in both 2018 and 1987. In 2018, two women told the archdiocese that the composer had "acted inappropriately" with them, and in 1987, the archdiocese "had received a complaint alleging that David Haas had made an unwelcomed sexual advance toward a young adult woman."

The archdiocese said Haas has denied those allegations, but, "following the 2018 complaints, the Archdiocese informed Mr. Haas that the Archdiocese would not provide him with a letter of recommendation that he had requested."

"Furthermore, the Archdiocese advised Mr. Haas that he was not allowed to provide services at Catholic institutions in the Archdiocese without disclosure of the complaints made against him," archdiocesan spokesman Tom Halden added.

Haas did not immediately respond to questions from CNA about those additional allegations.

Haas, 63, is the composer of several songs included in the "Gather" hymnal published by GIA, which is among the best-selling and most used hymnals in American Catholic parishes.

Among Haas' songs are some contemporary standards: "Glory to God," "You are Mine," "We are Called," and "Blest are They," among others.

GIA has "suspended" its sponsorship and publication of Haas' work.

On June 15, hymnal publisher OCP said it too would cut ties with Haas.

"We are profoundly disturbed by this news, and pray for all those involved," a June 15 tweet said.

"OCP has not published new music by Mr. Haas or sponsored him at events for decades, but in light of these allegations, we are immediately suspending all ties with him."

"While OCP's 2021 missals have already gone to print, we will determine the content of future publications in light of this situation. We take these allegations very seriously, and we stand with survivors and victims of abuse. We remain committed to prayer, reconciliation, human dignity, peace, and justice."

In his June 16 press release, Haas said that he considers himself "an advocate for survivors of clergy sexual abuse and discrimination of all kinds," and added that he "stands in solidarity and prayerful support of sexual abuse victims and encourages survivors to seek legitimate and appropriate professional services and/or to report any allegations to law enforcement."

Into Account responded Tuesday to Haas' statement, which accused the group of attempting to "market and solicit for potential clients," through its letter.

A statement said the group "stands by the survivors who have confidentially shared their experiences with us. While we are holding their names in confidence, none of their identities are unknown to us. Our services for survivors are, and always have been, free. We encourage all survivors to come forward who would like to do so."

"If Mr. Haas believes there are any inaccuracies in what we've shared, we invite him to specify what they are."

Ed. note: This story has been updated since its initial publication. 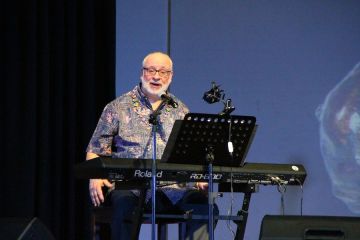