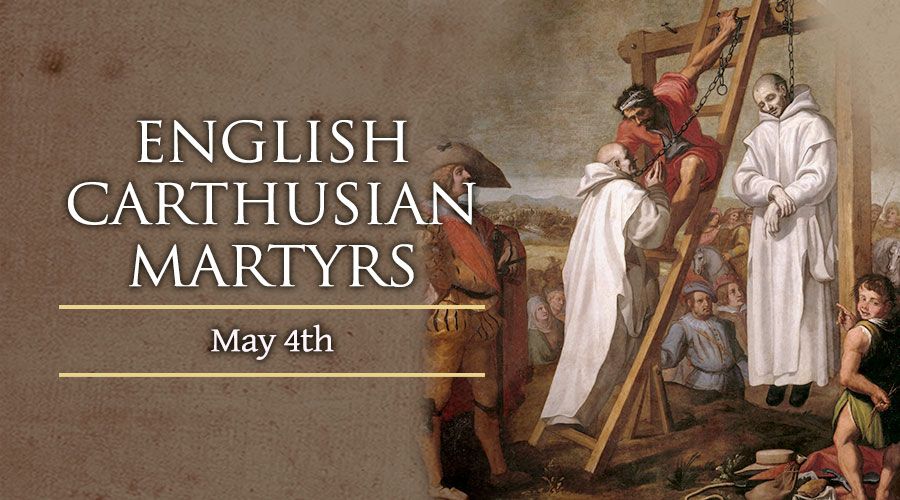 These 18 Carthusian monks were put to death in England under King Henry VIII between 1535-1540 for maintaining their allegiance to the Pope.

The Carthusians, founded by St. Bruno in 1054, are the strictest and most austere monastic order in the western Church.  They live an austere hermitic life, their ‘monastery’ actually being a number of hermitages built next to each other.

When Henry VIII issued his “Act of Supremacy” declaring that all who refused to take an oath recognizing him as head of the Church of England committed an act of high treason, these 18 Carthusians refused and were sentenced to death.

The first to die were the Carthusian prior of London, John Houghton, and two of his brothers, Robert Lawrence and Augustine Webster, who were hanged, drawn and quartered, on May 4, 1535. The prior is said to have declared his fidelity to the Catholic Church and forgiven his executioners before dying.

They were beatified in 1886 by Pope Leo XIII, and John Houghton, Robert Lawrence, and Augustine Webster, were canonized by Pope Paul VI in 1970.