The Nativity of St. John the BaptistFeast day: Jun 24 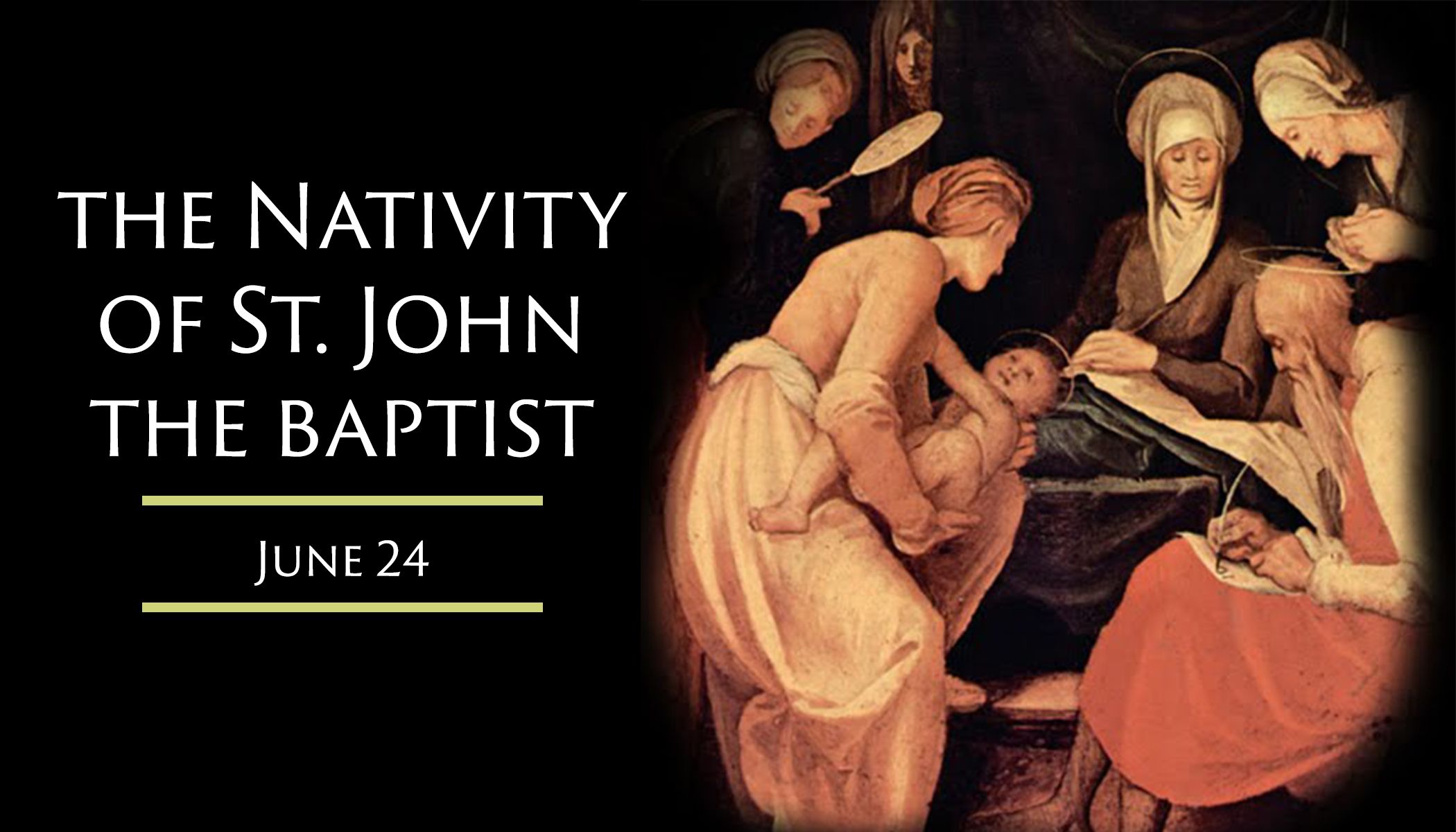 John the Baptist spent his adult life preparing the way for Jesus, and proclaiming that “the Kingdom of Heaven is close at hand.”. He was born to Zachary and Elizabeth, an elderly married couple. The Angel Gabriel had visited Zachary and told him that his wife would bear a child, even though she was already past the child-bearing age.

Elizabeth was Mary’s cousin and Zachary was a priest of the Temple in Jerusalem. As a baby in the womb, John recognized Jesus’ presence in Mary’s womb when Mary visited Elizabeth soon after the Annunciation. Both women were pregnant at the same time.

John was probably born at Ain-Karim, which is southwest of Jerusalem. As a young adult, he lived as a hermit in the desert of Judea until about A.D. 27. When he was 30, he began to preach on the banks of the Jordan, calling for repentance and baptizing people in the river waters. When Jesus came to John to be baptized, John recognized Jesus as the Messiah and baptized Him, saying: “It is I who need baptism from you.”

John continued to preach after Jesus was baptized, but was imprisoned not long after by Herod Antipas, after he denounced the king’s adulterous marriage with Herodias, wife of his half-brother Philip.

John was beheaded at the request of Salome, daughter of Herodias. Many came to know Jesus through John, namely the Apostles Andrew and John.