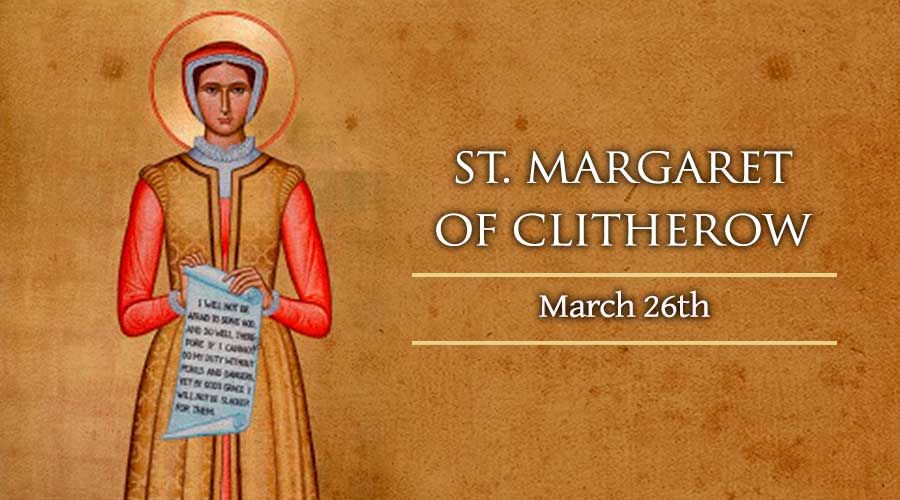 St. Margaret Clitherow was born in Middleton, England around the year 1555 to a protestant family. Margaret was known throughout the town for her wit and good looks, and in 1571 she married John Clitherow, and together they bore two children.

Several years after her marriage to John, Margaret was introduced to the Catholic faith, and converted. She was a zealous defender of Catholicism and hid fugitive priests in her home. Eventually, Margaret was turned in to the sheriff and tried for the crime of harboring Catholic priests.

While Margaret was on trial, many efforts were made to encourage her to deny the Catholic faith, but she held firmly. Finally, Margaret was condemned to be pressed to death upon sharp rocks. She was executed on March 25, 1586.