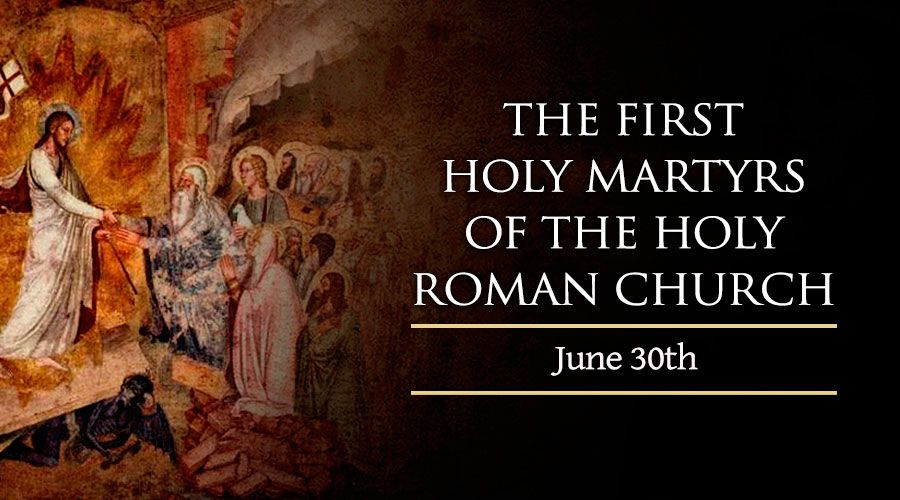 These “proto-martyrs” of Rome were the first Christians persecuted en masse by the Emperor Nero in the year 64, before the martyrdom of Saints Peter and Paul.

Nero was widely believed to have caused the fire that burned down much of Rome in the same year.  He blamed the fire on the Christians and put them to death, many by crucifixion, being feeding to the wild animals in his circus, or by being tied to posts and lit up as human torches.

Today, the site of Nero's Circus, also the location of St. Peter's martyrdom, is marked by the Piazza dei Protomartiri Romani (Square of the Roman Protomartyrs) in the Vatican next to St. Peter's basilica.

These martyrs were called the “Disciples of the Apostles” and their firmness in the face of their gruesome deaths were a powerful testimony that led to many conversions in the early Roman Church.