Image of Moroni on top of a Mormon temple. | Bruce Peter/Shutterstock.

A Catholic publishing company has apologized for its use of a Mormon angel on the cover of two Catholic publications, and is determining how best to move forward.

"Dear Partners in Ministry, we have heard your concerns, we admit our error and we apologize for the cover art on the 2021 Respond & Acclaim and Music Issue," said a statement from Oregon Catholic Press published Aug. 25.

Oregon Catholic Press said they were "unaware of the association with the Mormon angel Moroni," and that "we should have done more research".

"We apologize for this embarrassing mistake," they said, adding that they would "never knowingly use an image that is not authentically Catholic on our publications."

The image in question, which was published under the titles "Angel VIII" and "Angel Moroni," was painted in 2017 by Argentinian artist Jorge Cocco Santangelo. Santangelo was raised Catholic but abandoned the faith in 1962 after meeting Mormon missionaries.

The image depicts the Angel Moroni standing on a golden sphere, blowing a horn and carrying golden tablets.

"We are working to finalize a plan to make things right for our customers and to ensure this never happens again," said the publishing company, adding that once a plan is determined, they will reach out to those who had ordered the books.

Tuesday's apology is a reversal of a message shared by Oregon Catholic Press on Monday evening, when they claimed that the angel on the cover of the books was simply an unspecified angel. The painting, they said, had been "erroneously labeled" by other websites as being of Angel Moroni. Cocco Santangelo, Oregon Catholic Press said in the original statement, had denied that the angel in the painting was anyone in particular.

This claim was called into question when it was revealed that Santangelo had shared an image of the painting on his Instagram page this past April, both titling it as "Angel Moroni" and stating that the entire "Angel" series was mostly centered on Angel Moroni.

The LDS Church teaches that Moroni is the angel referenced in Revelation 14:6, and that Moroni appeared to Joseph Smith to reveal the location of the Book of Mormon. Oregon Catholic Press said it chose the picture by mistake, and thought it was a general image of an angel. The artist - a Catholic who abandoned the faith for Mormonism - had listed the image as of Moroni on his website. 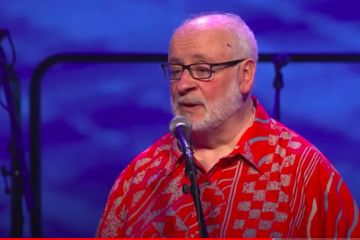