He made the appeal in his prayer intention for November.

"We pray that the progress of robotics and artificial intelligence may always serve humankind," reads the prayer intention, which is publicized each month by the Pope's Worldwide Prayer Network.

The prayer intention is the latest expression of concern about the direction of cutting-edge technology to emerge from the Vatican.

In February, the Pontifical Academy for Life signed an appeal for the ethical use of artificial intelligence (AI), a branch of computer science devoted to building machines which can perform tasks that ordinarily require human intelligence.

The document, which was also signed by presidents of IBM and Microsoft, called for the promotion of "Algor-ethics." It defined the term as the ethical use of artificial intelligence according to the principles of transparency, inclusion, responsibility, impartiality, reliability, security, and privacy.

The signing of the "Rome Call for AI Ethics" took place as part of the 2020 assembly of the Pontifical Academy for Life, which was devoted to the theme of AI.

In 2016, the Pontifical Academy for Sciences hosted a two-day conference on the "Power and Limits of Artificial Intelligence." The speakers included Stephen Hawking, the English theoretical physicist.

Before his death in 2018, Hawking had sounded the alarm about AI, telling the BBC in 2014 that "The development of full artificial intelligence could spell the end of the human race." 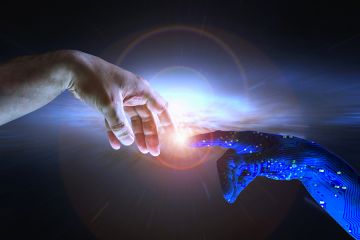