Not long before he resigned, Pope Benedict XVI had written several times about the need for evangelization of the rapidly... Read more Francis and Benedict linked in call for joyful priests

At a presentation of a work by Benedict XVI on the priesthood, the head of the Vatican's doctrine office said... Read more Denver archbishop: Year of Faith was a time 'to meet Jesus'

Archbishop Samuel J. Aquila of Denver says the end of the Year of Faith should encourage Catholics to continue to... Read more A noted French philosopher and friend of retired pontiff Benedict XVI reflected that the former Pope's greatest contribution during his... Read more In light of the jubilee instituted by Benedict XVI in honor of the Eucharistic miracle in Orvieto, Italy, the number... Read more Each of the last three Popes has had a different but complementary emphasis, highlighting different aspects of the faithful and... Read more 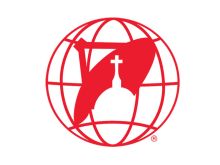 The director of the Holy See’s Press Office announced that Benedict XVI could participate in the canonization ceremony next April... Read more Catholic clergy in England and Wales say more people are going to confession, and many credit both Pope Francis' election... Read more Former students of Benedict XVI met for the first time without him this year for their annual “Schülerkreis” discussions, although... Read more The annual meeting of Benedict XVI's students from his time at the University of Regensburg will gather next week to... Read more

A Vatican spokesman said the change of Popes which occurred from the announcement of World Youth Day to its fruition... Read more A British artist who has painted the British royal family and Margaret Thatcher in person says his Christian faith “deepened”... Read more In a new e-book, Cardinal Timothy M. Dolan offers his personal insight into a momentous time in the Church's recent... Read more A dismissed request that the International Criminal Court investigate U.S. clergy sex abuse as a crime against humanity misunderstands the... Read more The Vatican is not at all surprised the International Criminal Court rejected a request by an abuse victims’ advocacy group... Read more Pope Francis put aside his prepared remarks this morning and told members of the Synod of Bishops that the encyclical... Read more