Pope Francis’ restrictions on the Traditional Latin Mass appear to be unpopular among regularly practicing Catholics, but most American Catholics... Read more Several parishes may continue to celebrate Traditional Latin Masses in the Archdiocese of Galveston-Houston, but several others must cease, Cardinal... Read more Archbishop Héctor Rubén Aguer, the Archbishop Emeritus of La Plata, has said that the restrictions on the Traditional Latin Mass... Read more 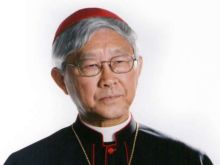 Cardinal Zen said he suspects the ideas behind Traditionis custodes may not have originated with Pope Francis but with “the... Read more The archbishop lamented ‘slanderous attacks on the Pontiff.’ Read more

Two weeks after Pope Francis issued his motu proprio restricting the use of traditional liturgies, bishops throughout the United States... Read more German prelate Cardinal Walter Kasper argued that the Traditional Latin Mass was a source of division and scandal within parishes... Read more

Catholic clergy and lay people around the world continue to react passionately to newly imposed restrictions on the use of... Read more The new secretary and undersecretary of the Vatican’s Congregation for Divine Worship both have studied at the Pontificio Ateneo Sant'Anselmo,... Read more Archbishop Peter Comensoli said that “for some, it will be not an easy moment.” Read more